Peppermint white chocolate mochas have usurped pumpkin spice lattes for the season. Holiday music has been spilling from retail outlets since at least November. Drivers are flipping their best Christmas gestures, cashiers are saying “Happy Holidays” through clenched teeth,  and we only have ten more days to find the perfect present for that loved one who refuses to give you ideas because it will mean more if you guess.

Just to set the record straight…I’m not against the holiday season. I celebrate the warmth of the season with family and friends just as much as the next Christmas food-binging rum-guzzling elf, but for the happiest time of the year, it is a tad overwhelming and whole lot stressful. A little not-so-Christmas story list seemed to be congruent. 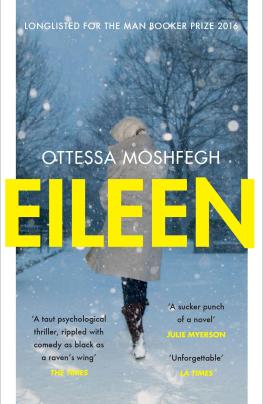 Following the noir and chilling styles of  Shirley Jackson and Flannery O’Connor, Eileen is set in the winter wonderland of New England.

Dreamer Eileen Dunlop divides her time between caring for her father, who spends his time at the bottom of a bottle, and her job as the receptionist at a juvenile detention center. She destresses by shoplifting and stalking a handsome new guard from work. After striking up a friendship with Rebecca, a charming young counselor at the detention center, Eileen becomes entangled in a crime that forces her life onto a path with a Hitchcock aura.

Considered one of King’s masterpieces and set in his home state, Pet Sematary unravels and reveals it horrific secrets during the holiday season in Maine.

Louis Creed, a young doctor, moves his family to Ludlow, Maine after accepting a job. It is an idealistic town with idealistic neighbours. At the beginning of the festive season, while his wife, Rachel and their two kids, Ellie and Gage, are visiting her parents for Thanksgiving, Ellie’s cat is hit by a vehicle. Not knowing how to tell his daughter, Louis buries the cat in the ancient burial ground that is reputed to have restoration qualities. Skeptical, but hopeful, Louis awaits the return of the feline. The cat comes back, but there is something off about it. Ignoring the nagging inner voice, and the warnings from both his neighbour, Jud and the ghost of a dead patient, when Louis’s son, Gage is hit and killed on the same road, Louis buries him in the same ancient earth. Gage also returns, and although he looks like Louis’s son, he and his wife soon realize Gage is not the boy he was if he is a boy at all.

The Sittaford Mystery by Agatha Christie

Also known as Murder at Hazelmoor, this classic Agatha Christie mystery is set in the snowy beauty of Dartmoor, England

During a heavy snowstorm, the residents of Sittaford house decide to hold a seance to alleviate boredom. When the “message” from the other side is from the owner of the house, who is thought to be alive and well, the players interpret it as fun and games. Soon after the seance, it is discovered that the owner is indeed dead. A doctor in attendance confirms the owner likely died during the seance and that it was murder. Hercule Poirot and Miss Marple are on the scene to solve the mystery and reveal the murderer.

The Snow Child by Eowyn Ivey 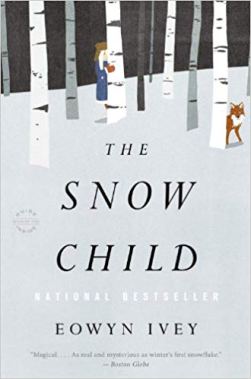 This Pulitzer Prize nominee is set in wild Alaska and is a story of loss, despair, and acceptance

Grieving for their stillborn child, Jack and Mabel move from Pennsylvania to Alaska, hoping the move will help them cope and mend from the loss. Mabel is in deep despair and attempts a passive suicide, and Jack hopes to assuage his grief by diving into the work and chores required to live deep in the Alaskan wilderness. Sorrow and anguish are consuming the couple, but in a moment of levity, Jack and Mabel build a snowman. Later that evening, they see a young girl, wearing the hat and mitts from the snowman, running into the woods. They soon realize she is a wild girl who lives somewhere in the mountains. Slowly, the three of them become a surrogate family unit. Jack and Mabel love the girl, Faina, as they would have loved their own child, but over the years, Faina becomes increasingly restless, always feeling the pull of her mountains and the great Alaskan wilderness.

Calls for submissions and editor applications are open! Visit www.thebolotiecollective.ca for more information (link in bio). #yeg #yegwrites #writer @macewanu @macewaneats @macewanbookstore
Yes! Our workshops are free and open to ALL MacEwan students. Join us for an awesome opportunity to write, share work, and mingle with other writers! #writing #yegwriting #yegevents
📣 Attention Bolos, we have exciting news for you! The Bolo Tie Collective is looking for new executive members to join our team in the fall!
Our very last writing workshop is tonight! Join us via Google Meet at 6:30PM to have an exciting discussion about rewriting history ⏳
Looking for some writing inspiration for the weekend? Check out our latest blog post for writing prompts all about superheroes!
Upcoming workshop alert! 📣 Join us next Wednesday, March 9 for a discussion on writing about LOVE 💞
Loading Comments...
%d bloggers like this: